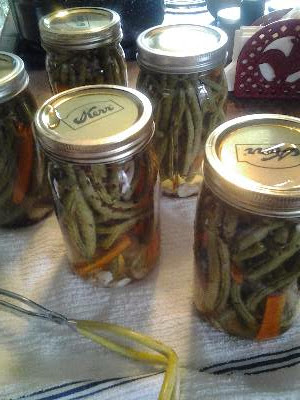 I've been making Dilly Beans for at least a dozen years, give or take a missed season here and there. Last year my beans went bad while we attended a family issue. It was sad to see my dilly bean shelf empty all winter. Dilly beans are the perfect addition to a veggie tray that includes pickles and olives. And when the guys get together for a poker game my Dilly's are on the top of the request list.

The local farm stand is open here on Wednesdays. I arrived there early and the green beans were at the peak of the season. So Dilly Beans it was. I've been using the recipe from Ball Blue Book all these years (see original recipe below) and made a few tweaks to suit our taste. More garlic. Red pepper flakes in place of the cayenne. A pinch of celery seed. And just for prettiness sake I add a few matchsticks of carrot or bell pepper. Why bother with canning if it doesn't look lovely on the shelf?

Dilly Beans benefit from a three to four month curing period, stored properly out of sunlight in a cool room.

The following is the original recipe from Ball Blue Book. Be sure to following strict canning and processing procedures to ensure the safety and goodness of your put-up produce.

Yield: about 4 pints or 2 quarts


Get the current Blue Book on Amazon

Posted by Kaye Bailey at 1:59 PM No comments: 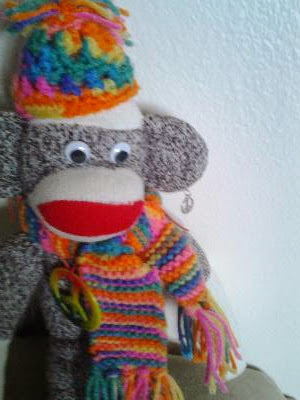 I've loved the idea of "Throwback Thursday" but have not acted upon it with my LivingAfterWLS Blog. The motto of LivingAfterWLS is "Stop for a moment, look where you are. You Have Arrived." So if we are looking and living in the moment how do you reminisce on Throwback Thursday?  And quite honestly, I'd rather NOT look back at my chubby days. I remember well enough how tired and unhealthy I was carrying so much extra weight. For me, pictures are superfluous to those recollections. And nobody needs to see that I had really really bad post-1980s hair. Oh My!

So here, on Crafting with KeepHer and Kaye I intend to Throwback Thursday with a craft or project from the past, not something I've done recently. In honor of my first CWK&K Throwback I introduce Groovy the Sock Monkey.  I crafted this soft sculpture buddy in Spring 2009 ordering the socks directly from Fox River Mills - the originator of the sock monkey.  The socks actually have directions on the label for making the iconic monkey and I followed their pattern.

We had recently thrown a theme party "Give Peace a Chance" with a 1970's hippie vibe, so that's how Groovy came to be attired in rainbow love complete with peace sign earring. In hindsight he looks like he may well be gender confused or at the least in dire need of a fashion makeover. But that would take away the groovy, now, would it not?

Happy Throwback Thursday Groovy!
Posted by Kaye Bailey at 7:49 AM No comments: 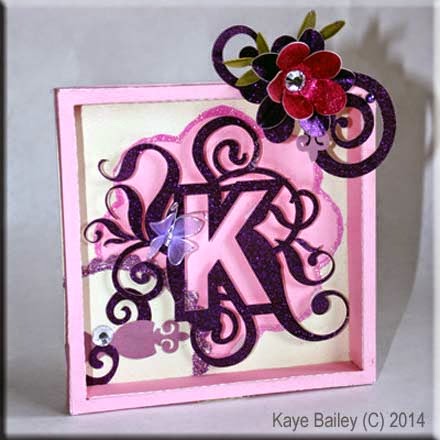 KeepHer was born in 2006. She is the daughter of a feral cat named Skanky Franky. Being in the country the wild cats come and go, but this little calico, well, she was a keeper. Get it? :) At any rate, I know it was 2006 but I don't know her exact birthday. So each year about March or April when she starts to get cabin fever from our long cold Katie-bar-the-door winters we have a birthday party.  I ask her, "Is today your birthday?" and if I pitch my voice with just the right enthusiasm she'll say, "Yeah" with a meow so long you'd think it was a drawl. Seriously. She really does.

When she gave the affirmative last spring I went all out to celebrate. Using my newly acquired Silhouette Cameo Digital Die Cut Machine I made her this 3D birthday card, my first 3D project actually.

Since she was turning eight I used girly pink and purple with lots of frills and sparkle. I think she liked it. Or maybe it was the Friskies Party Mix cat treats she loved more. At any rate, we beat -- at least for a moment -- the winter blues. The shadow box is 5x5-inches square and about 1/2-inch deep.

SVG files from my Silhouette Library:

Posted by Kaye Bailey at 5:18 PM No comments:

Today's Reminder: It's the little things in life that truly matter. 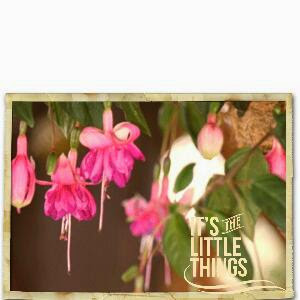 Posted by Kaye Bailey at 7:06 PM No comments: 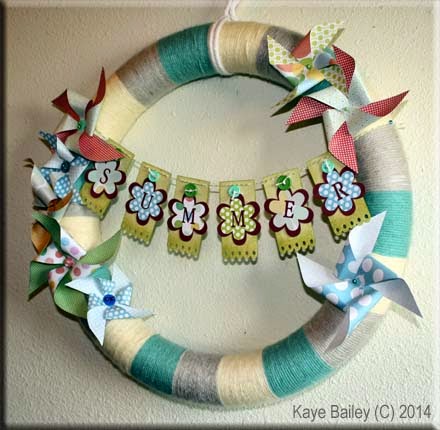 This is a project that took a ridiculous amount of time for me to complete but I am pleased with the results. I found wrapping the 18-inch Styrofoam wreath with yarn a tedious and hideous process. I loved the yarn wreaths I found and posted on my Pinterest board, DIY Crafty Wreaths and wanted one for my own. Some have the yarn wrapped perfectly while others take a looser approach with the yarn over-lapping and criss-crossing. I opted for the perfect alignment. Could have just as well taken a quick trip to the funny farm for how crazy this drove me. At any rate, two weeks later I had the yarn wrapped and then turned focus to paper crafting the embellishments. Then the project was fun again! I like the results and the soft colors which are a departure from my usual green and purples. This is hanging on the French door from the kitchen to the summer deck.

Here are the details:

SVG Files for the Silhouette Cameo:

Pinwheel File - included with purchase of Silhouette Cameo
Posted by Kaye Bailey at 3:45 PM No comments:

Life Lessons learned from KeepHerKitty. These are images of a scrapbook I've been keep for several years.

Posted by Kaye Bailey at 9:38 AM No comments:

from Amazon even though I'd never seen one live and in person. Reading about the cutting and printing possibilities on blogs and Pinterest pushed me over the edge from interest to obsession. Over the last several months I've worked to learn the machine and crafted numerous projects, some better than others. Most of my projects are home decor. I've collected over 1,000 cut files in my Silhouette library. I've also amassed a large selection of papers from cardstock to printed craft papers. It has been a thrilling learning experience and delightful creative outlet.

An evening rain shower pushed me inside from the gardens yesterday so I seized the chance to grow some blooms from paper. I styled this 11-inch wreath to hang on the nine pane window of our back door. 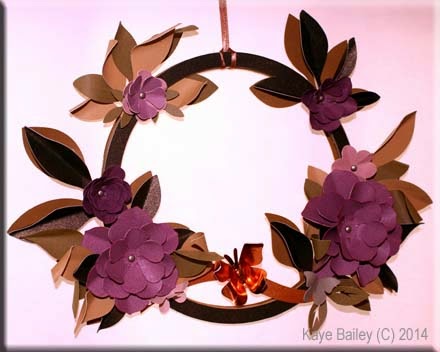 All cut files are from my Silhouette SVG Library.

I used brads from my stash and a few fill-in leafs and floral accents left-over from previous projects. I cut the leaf frame from four different colors of textured cardstock and staggered the layers to create the leafy background for the blossoms. I curled the leaves and the blossoms for depth and assembled all with low temperature hot glue. The butterfly is cut from foil cardstock, curled for depth and affixed with hot glue.

This is a simple wreath easily completed in a few hours. It looks light and fresh against the light of the window and adds just that little extra touch of homey decor that was missing.

I'm still trying to fit in posting to this craft blog, the fun things I get to do outside of my work with the weight loss surgery community. One of my favorite activities is gardening, which seems a bit diabolical given I live at 7,000 feet elevation in Wyoming. Our growing season is brief complicated by high dry winds and sporadic rainfall. In the last 18 years I've found some reliable plants that bloom and grow despite the unfavorable conditions. Two of my favorites are the peony and the hollyhock plants. Take a look at their blossoms this year: 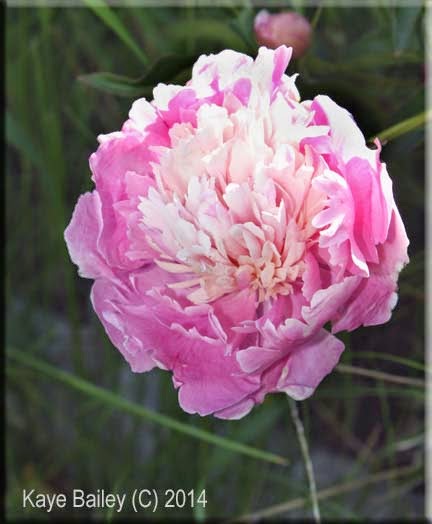 Pink Sorbet Peony
Touched with morning light this is a sorbet peony, now at least 10 years old, blooming in the playground garden. One of my favorite perennial blooms. Image (C) Kaye Bailey 2014.

Frilly Pink Hollyhocks
Rain sprinkled hollyhocks. This is a "volunteer" that planted herself out back by the wood pile and is thriving. Gives validity to that favorite saying, "Bloom Where You are Planted." I might gripe about the Wyoming winters but never about hollyhock season. Image (C) Kaye Bailey 2014.
Posted by Kaye Bailey at 9:03 AM No comments:

My books on Amazon

My name is Kaye Bailey, many of you know me from my work and writing in the weight loss surgery community. I'm taking this blogging opportunity to share some of the fun things I enjoy as part of my "Living" aside from the work-a-day. I look forward to posting about gardening, cooking, crafting, flower arranging, photography, holiday and seasonal decorating, and even home keeping. My little buddy and constant companion, KeepHerKitty, will join me here often, I do hope you enjoy this calico goddess.

Thank you for joining me here, I appreciate your time. I'm not a master of any craft but I am enamored with the creative process, learning new skills, and completing projects that add whimsy, beauty, or function to our home. Please add a comment and link to your blog, I'd love to visit you. 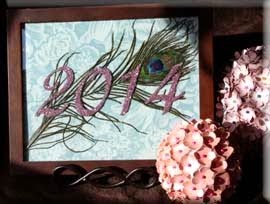 What is your favorite season for crafting?